Ashes to Honey—Toward a Sustainable Future

Ashes to Honey—Toward a Sustainable Future

For 28 years, the people of Iwaishima Island,  living in the middle of the beautiful Inland Sea, have been opposing a plan to build a nuclear power plant. The island has a 1000-year history during which people have preserved their traditional festival. Takashi, the youngest on the island, is struggling to earn his living. He dreams of a life based on sustainable energy. Meanwhile, communities in Sweden are making an effort to implement such lives. The people living in the Arctic circle have taken action to overcome damage from the global economy. On Iwaishima, Mr. Ujimoto has begun sustainable agriculture by reclaiming abandoned farmlands. But a power company tries to fill in a bay to create man-made land. The people of the island set sail together to stop the construction of the nuclear power plant. A fight breaks out on the sea. 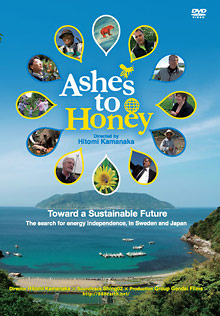